'Indians are getting as fat as Americans'

India is suffering a massive obesity epidemic among its middle classes, with millions of Indians now morbidly obese as a result of the Western fast food invasion.
The country's economic boom means wealthy young Indians aspiring to Western lifestyles are increasingly shunning traditional cuisine and choosing to eat from American chains such as McDonald's, Pizza Hut and KFC. The Indian fast food market is already worth £7bn, and this is expected to double by 2016.
BBC documentary filmmaker Anita Rani travelled to Mumbai to investigate, meeting some of India's most overweight teenagers, including Kaleb Shah, 13, who already weighs 15st and is having a gastric band fitted to prevent him overeating further. 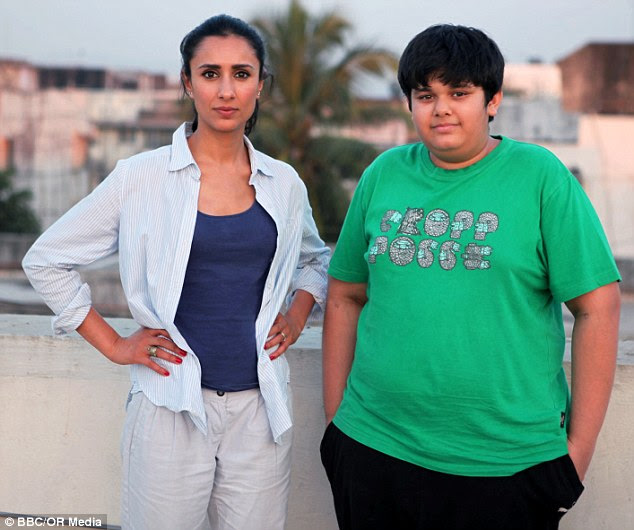 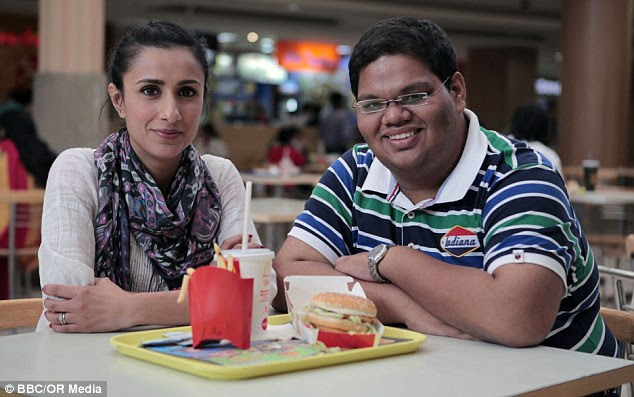 Anita Rani in a shopping mall in Mumbai with Adit, who loves eating McDonalds and who, aged 20, weighs 22 stone

'Chubby kids are traditionally seen as a sign of the family's wealth,' says Rani. 'And they tend to be referred to as "healthy", meaning not underfed.'
Medical professionals appear on Rani's documentary demanding the government takes a stand when it comes to selling fast food.
Regulation of the fast food industry is much looser in India than in Western countries, and wealthy Indians are susceptible to the lure of plentiful advertising and the promise of a Western lifestyle.

As a result, the obesity crisis is swelling in every Indian city, and the epidemic is causing health problems further down the line.
Indians are already more genetically predisposed to diabetes than most of the world, and with 50m sufferers the country boasts the largest diabetic population on the planet. Medical professionals expect that number to reach 100m soon.

Young people consider these roadside food options less 'trendy' than a pre-packaged McDonald's burger, and complain that they eat typical Indian cuisine at home, so when they go out with their friends they want to eat chips and hot dogs.

Traditional street food:
Rice cakes, chutney, vegetable curry, lentils
Approx 400 calories
10 Rupees
Western street food:
McDonald's Paneer Wrap
800 calories
£3.50 or 335 Rupees
The obesity crisis means also means one other type of business is booming: plus-size clothing stores, inspired by those in America.
The owner of one such store in Mumbai told Rani: 'Indians are now as fat as Americans.'
With the cost of a McDonalds meal priced at £3.50, obesity is a problem confined to the middle and upper classes; two-thirds of Indians still live on less than £2 per day.
One effect of this discrepancy is that middle class children are driven everywhere by their over-protective parents.
A huge pressure on academic achievement also contributes to young people's sedentary lifestyles.
One-third of children in some private schools are now obese, and all of these are likely to stay obese into adulthood. 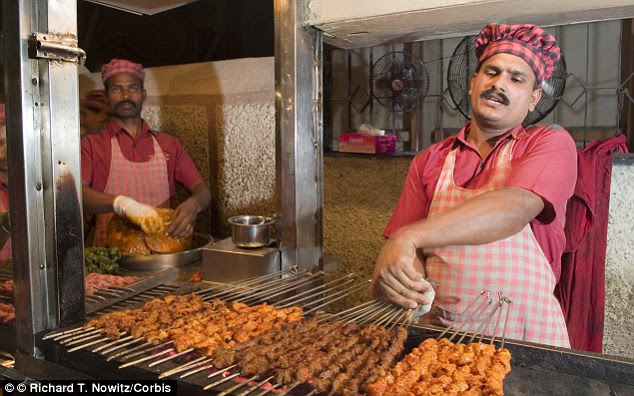 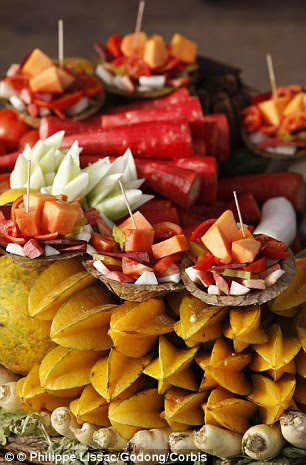 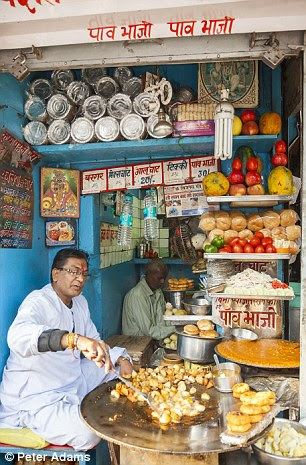 vince688
Hello, I have always had a great deal of difficulty with my weight, For a time, I was spending nearly 2 hours running daily to keep down my weight, performing full body exercises and thousands of crunches (wherever watching TV) just to maintain a healthy weight. Eventually, the excessive activity caused me to injure myself and then I was unable to run. The fat piled on slowly at first then quickly. Probably, what hurt more than the injury was the comments people said about me. Day after day someone would say something derogatory about my weight - as if making me feel worse could possibly make them feel better! This eventually got to me. It made me look for other ways to lose fat without relying on hours of cardio training. Today, I find it much easier to maintain a healthy weight without putting myself at great risk of injury and without spending hours exercising. I know there are many people out there who struggle with weight issues and by sharing what has helped me may also help you on your exciting journey to a new slimmer you. I know what it feels like to be at the end of all the teasing and pranks so look forward to sharing any helpful suggestions with you.